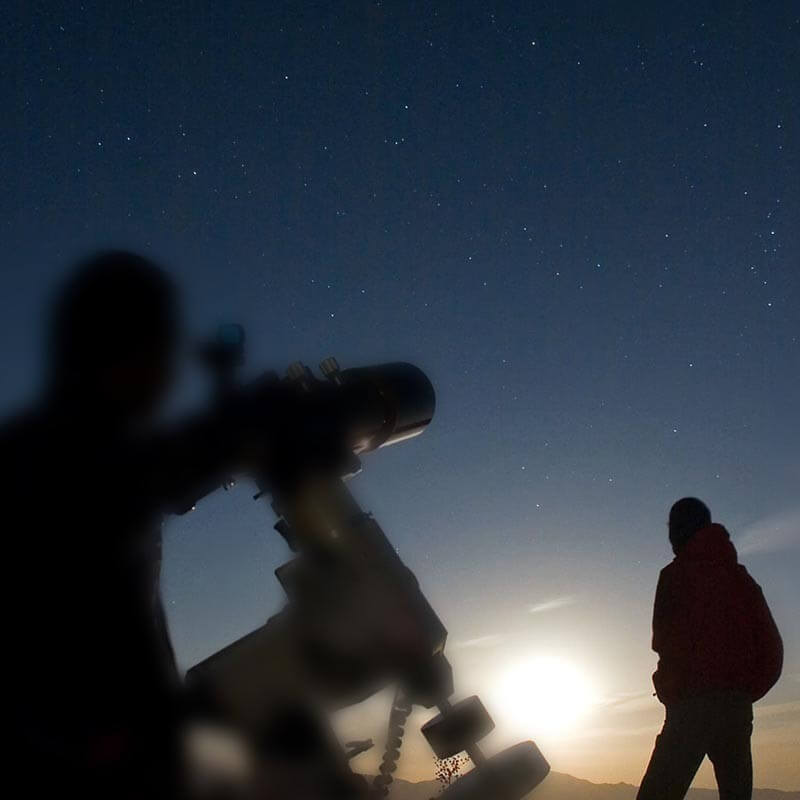 Imagine yourself in a place beneath a star-filled sky

With the clouds forming a blanket beneath your feet

The atmosphere is so dark that you can only see the outline of El Teide’s peak on the horizon, and the silhouettes of the rest of your group nearby. It’s a small group, and this show isn’t for the masses. We just need someone to show us the details of this stunning
sky. A shooting star flies by…

Stargazing involves observing a series of astronomical bodies using a large aperture telescope (250 mm) with automatic alignment. This activity is done outdoors in small groups (no more than 20 people). The stargazing location is in an environmental reserve, not far from Sandos San Blas resort.

The type of telescope we use is cutting edge technology, this allows us to see many objects with an enormous quality. We also have a portable PC, which we use to illustrate all the explanations given during the stargazing session: relevant data on each object shows up on the screen as we view them through the telescope. We also have fascinating programs like a planisphere that can be used to show details on sky configuration and simulators of the positions of Jupiter and Saturn satellites: very useful when observing these planets.

"Observación de las estrellas" is a society-assocaited company for the outside promotion of Tenerife (SPET), in its natural Tenerife Section as well as its initiaties and tourism center (CIT) in Santa Cruz de Tenerife.